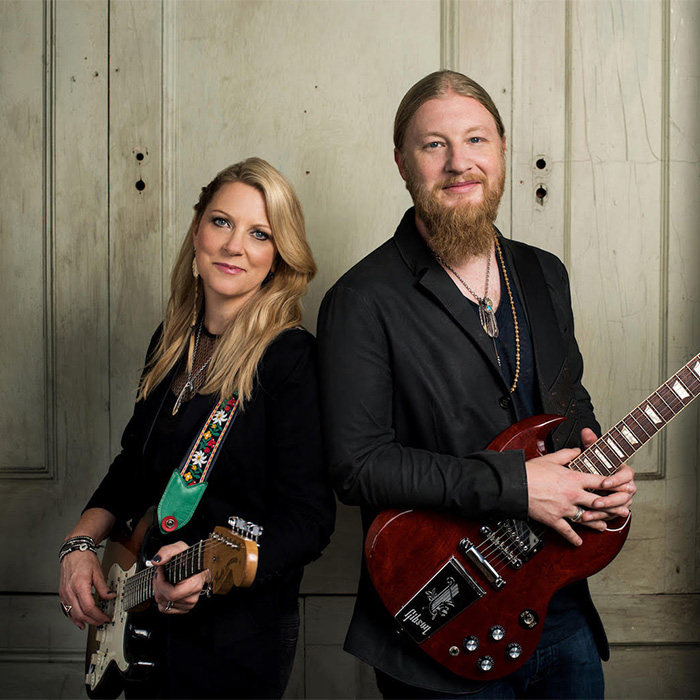 LIVE IN NEW ORLEANS AT JAZZ FEST AND BEYOND: THE METERS, RANDY NEWMAN, DOUG KERSHAW & THE TEDESCHI TRUCKS BAND

Some great live performances in and beyond New Orleans. First, from the cavernous Howlin’ Wolf club in the Warehouse District, The Meters perform a set of their bass-heavy funk blended with R&B and Mardi Gras Indian chants. Live from the New Orleans Jazz & Heritage Fest, Randy Newman gives his satirical take on Louisiana/American life and politics; while fiddler Doug Kershaw and accordionist Steve Riley talk about bringing Cajun music from the swamp into the mainstream, and play Kershaw’s hit “Louisiana Man”— one of the first songs broadcast from the moon! Then, Susan Tedeschi and Derek Trucks tell how they met at a New Orleans concert, and years later formed the Tedeschi Trucks Band, known for its live recordings of Southern soul-inflected roots rock a la the Allman Brothers. Now married, Susan and Derek talk about their solo careers as well as starting a family and touring band together.