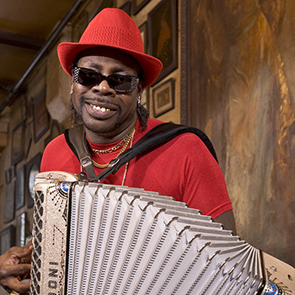 This holiday weekend American Routes boogies down to bayou country to catch live music at Festival International, a showcase of French music from southwest Louisiana and the wider Francophone world along with blues, Chicano nouveau and swamp pop. For the 31st annual festival, we hear female Cajun supergroup Bonsoir, Catin tear up the stage; bluesman Corey Harris ring out the Mississippi Delta’s West African roots; and blue-eyed soul from swamp pop legends Johnnie Allan, T.K. Hulin, and G.G. Shinn. Plus, accordionist CJ Chenier, son of Clifton Chenier, proves he is carrying on the king of zydeco’s royal bloodline. Las Cafeteras from East Los Angeles give us a taste of Veracruz’s Afro-Latin jarocho music, including the folk-turned-pop song “La Bamba.” And Texas singer, fiddler, and accordionist Cedric Watson adds Caribbean and Latin flavors to his homegrown Creole sound. 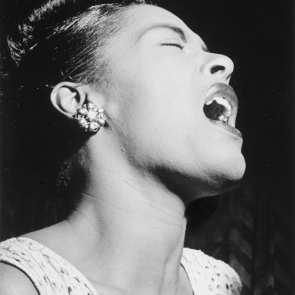 We follow Billie Holiday from her beginnings through a complex life of troubles and musical triumphs, her compelling “autumn” voice and untimely passing at age 44. Biographers John Szwed and Robert O’Meally discuss Lady Day’s style and significance, while Cassandra Wilson describes and sings her approach to the Billie Holiday oeuvre. Singer Catherine Russell describes reaching back to recreate classic blues and jazz. From our archives we hear Nina Simone and Bonnie Raitt praising their blues heroines in story and song. 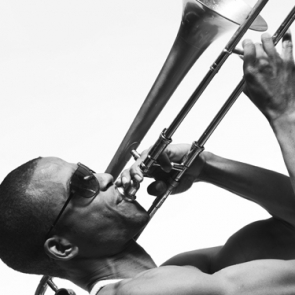 This week on American Routes, we’re celebrating the life and music of Troy “Trombone Shorty” Andrews. Schooled in the sounds of his family and New Orleans’ Treme neighborhood, Shorty has been a musician since the age of four. His natural prowess as a trombonist and trumpeter has carried Shorty from his roots in traditional jazz and popular tunes to funk and distinctively new New Orleans music as heard on the recent CD Parking Lot Symphony. We’ll hear a classic concert, where he joins Kermit Ruffins upriver in St. Paul, MN… and then return to New Orleans where Troy takes the stage with his students from the Trombone Shorty Academy, as Andrews mentors the city’s next generation of musicians. 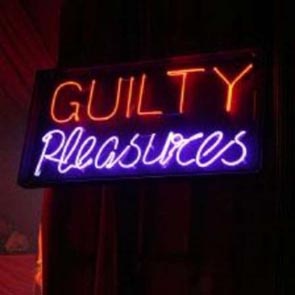 GUILTY PLEASURES: MUSIC WE LOVE MORE THAN WE CAN SAY

We take a deep dive into the memory vaults to spin the tunes that we shamelessly love. From guilty pleasures, including a disco dance number, to confessional ballads like James Carr’s “Dark End of the Street” and songs of redemption ala Bobby Hebb’s “Sunny,” we shine a light on our heart’s true delights. Plus, we explore social protest anthems including Mavis Staples’ “Long Walk to D.C.,” Simon & Garfunkel’s “Richard Cory,” and a standout R & B version of Pete Seeger’s “If I Had a Hammer” sung by Shreveport’s Toussaint McCall.